Weather for the Following Location: Playa del Carmen on Map

Rent a car or moto to move around Puebla and its surroundings more comfortably by dismissing predicament and avoiding traffic jams.

Searching for where to stay in Puebla or surrounding towns? Check these hotels and hostels in Puebla for all budgets and all tastes.

Puebla is known for its gastronomy, deliciously diverse cuisine. Check out these bars, cafes, and restaurants in Puebla and around.

Discover the best nightclubs and bars in Puebla. Here are some of the places for rambling around the town, letting loose, and dancing.

Find popular guided tours and excursions in Puebla and its surroundings. Book your transfer from the airport to Puebla or vice versa.

Puebla City was founded in 1531 and soon became the main route between Mexico City and Veracruz, the port on the Caribbean coast and the connection to Spain.

The Historic Area of Puebla is an area of almost 7 square kilometers consisting of over 5000 buildings that were considered monuments with historical value.

The Historic Monuments Zone of Puebla is considered the origin of this well-preserved colonial city and was declared a World Heritage Site by UNESCO in 1987. 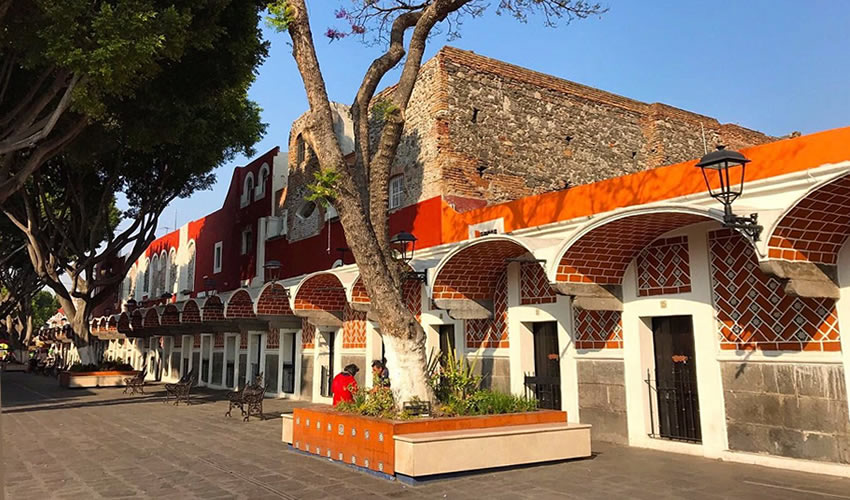 It’s no secret how cool Puebla is and the best way to get to know a city is through its picturesque neighborhoods. In these neighborhoods, you will find a lot of local history, gastronomy, colors, traditions, and much more. So pack everything to go on a tour to the most emblematic neighborhoods, alleys, and streets of Puebla. 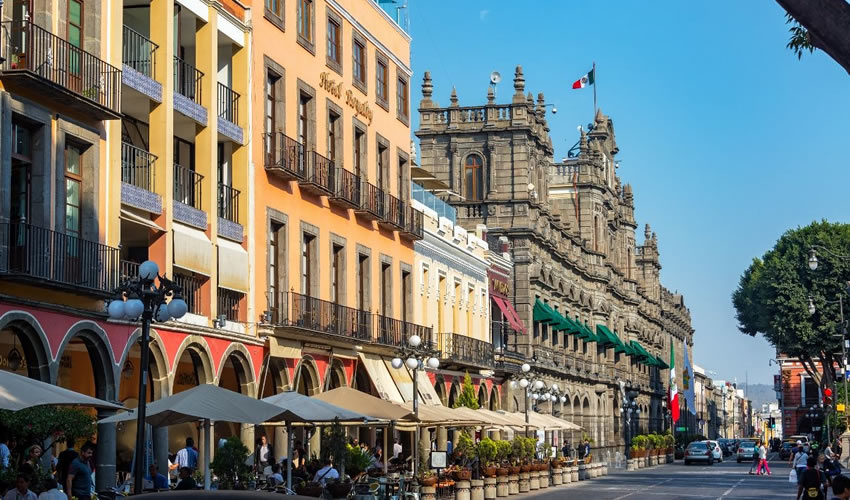 The area where the city is located nowadays was not inhabited in the Pre-Columbian era, except in the 15th century, when this valley was set aside for use for the so-called “flower wars”, where captured soldiers were used as sacrifice victims.

The legend of the foundation

According to legend, the bishop saw in his dream a valley with woods and meadows crossed by a clear river and dotted with fresh-water springs on fertile land. Supposedly, he saw a group of angels descend from heaven and trace out the city.

The Cholula archaeological zone is situated 6.4 kilometers west of the city of Puebla. The Great Pyramid of Cholula is a huge complex. This adobe brick pyramid stands 55 meters above the surrounding plain. The Great Pyramid was one of the key religious and mythical centers of ancient Mexico. Over a period of a thousand years prior to the Spanish Conquest, consecutive construction phases gradually built up the bulk of the pyramid until it became the largest in Mexico by volume. Today, this immense pyramid is the largest pyramid structure by volume in the world.